If you missed the first Keith and Tasha post below, go read it and come back. Or read it again, if you want to brush up (and why wouldn’t you? I like re-reading it and I wrote it). This part 2 post covers our last dinner with Keith and Tasha (at least our last one here--I’m sure we’ll have more dinners with them in the future), who had been visiting Cielo Chiaro and us for a couple days. Oh, real quick, before we had this last dinner, we also had a random stop at a terrific winery, Domini. Read about it on my other blog, Spiked Punch. Okay, for our last dinner with K & T, we were going to hit Nestor’s Pizzeria, which I’ve detailed twice already, and which would have been pizza-rific, but at the last minute switched tactics. Since it was our last big meal, and since they were our first visitors here, we decided we wanted to try one of the ristorantes in our neighborhood that we’d heard about but hadn’t visited, to have a more special experience. There are a couple spots we’d been eyeing, and picked Le Capannine di Sommavilla. Le Capannine di Sommavilla is just outside of a hamlet called Sant’ Andrea di Sorbello, a quick 7 minutes from us, and is a farm, a ristorante, and a vacation rental. The ristorante uses produce and products from the farm, and is an all organic spot. It’s also a very cozy, very welcoming space to eat at, with an understated ambiance and a friendly owner, which made us feel right at home: 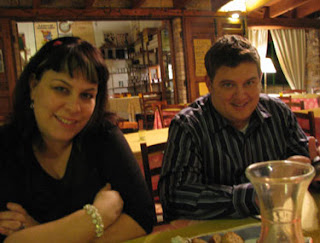 Of course, if the coziness was the main event, it wouldn’t have been half as memorable an evening. However, the food was the star, and as delicious as the room was warm and inviting. Tash and Nat started with a veggie soup made from potato, pumpkin, and leek (interestingly, when we were driving to dinner, Tasha had said, “I really would like a pumpkin soup tonight.” She’s psychic), that took the edge off the chill outside: 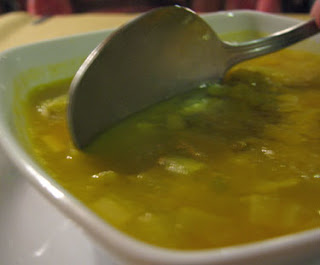 I was leaning towards the soup too, but decided instead to start with a ricotta, spinach gnudi, topped with butter and sage, and it was a solid choice (the gnuddi itself was creamy and soft and spinach-y): 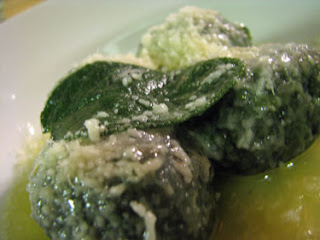 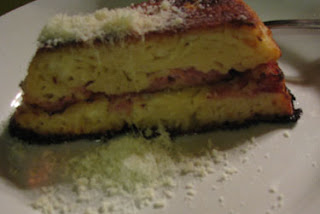 For mains, I had a veggie couscous, with the veggies steamed just right and topped with the perfect amount of fresh pepper and salt. I have to admit, I was dreaming about couscous. Not that I ever completely tire of pasta and pizza, but a break into a more Mediterranean dish was a nice break from normal Italian fare: 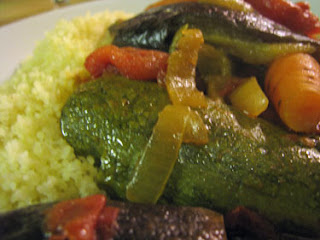 Nat’s main was a veggie delight, a plate of perfectly grilled veggies and a creamy-crisp square of scalloped potatoes that would have been the hit at any country fair: 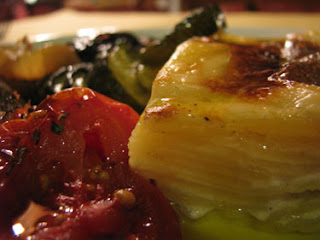 Keith went for the lamb, which was (like everything possible) from the farm. I’m having to take his word for its deliciousness, but he seemed all smiles after cleaning his plate: 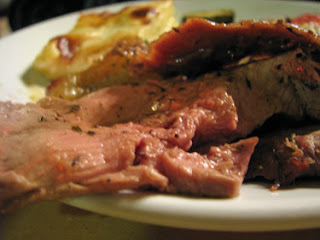 Tasha had chicken, which was so good she wouldn’t let me take a picture of it, cause I would have gotten in her way. Everyone was happy, which you can see in this pic I took from outside (this also gives you a view of the space, which has windows on three sides): 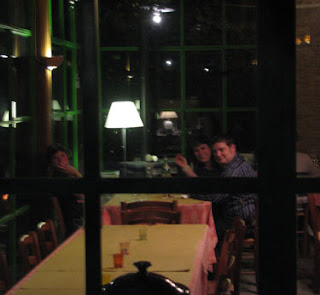 We also had an array of desserts, but by this time I was nearing a state of food Nirvana, and so the picturing trailed off. I did get a pic of Nat and a new friend she made that night though: 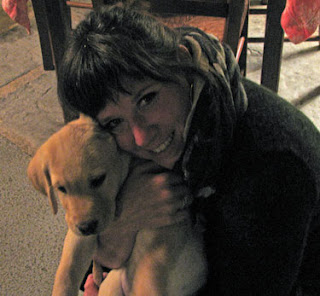 We will definitely be back to visit Le Capannine di Sommavilla (they do Sunday brunches as well as evening meals), though each time we’ll be sad-happy. Happy cause I know the food will be top notch and the reception friendly, but sad cause Keith and Tasha won’t be with us, as they left the next day for Rome and then back home to Seattle. Thanks for being our first great guests Keith and Tasha, for talking English with us and talking Seattle, and for having flavorsome fun with us in the Niccone valley: 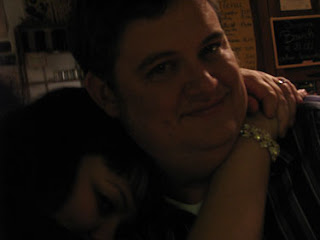 *See all Italian restaurants
Posted by A.J. at 6:42 AM