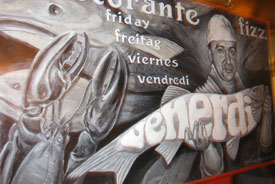 One of the massive oversights on this blog (I’m sure there are more--Rory and Sookie think they need to be mentioned more, for example) is that I haven’t done a full post on Bar Fizz (which is also called Ristorante Guillano, after the owner, and Ristorante Fizz). Bar Fizz is our local-est eating spot, in Lisciano Niccone (the town closest to us). It’s a low-key, family spot (the son is usually eating when we go in), very homey and very friendly. We’ve been in to eat multiple times (though I’ve only mentioned a couple), and have also gotten pizza to go, which is awesomely handy (cause you don’t always want to sit pretty in the crowds)--they serve pizza and pastas, as well as antipasta and salads (and seafood on weekends, as shown when we went there with Keith and Tasha). We really rely on Bar Fizz--but didn’t realize it enough until they were closed recently for 10 days (try to hear me singing “don’t know what you got until it’s gone” in your head now). Lots of Italian ristorantes close in November, as it’s the most “off” off-season, and Fizz was closed for what seemed like forever, finally reopening last night. We were there as early as we could be without seeming silly (which is about 7:30 pm). We started with Bruschette Tartufo and a half liter of the house red. The toast was crisp and the truffle puree earthy and fragrant: 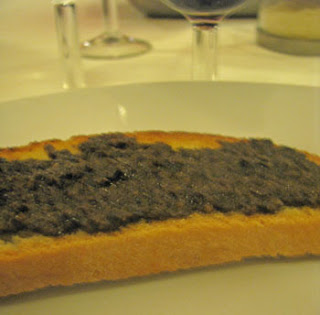 Then we shared an ensalata mista that was simple but perfectly put together: crisp lettuce, juicy tomatoes, and grated carrots: 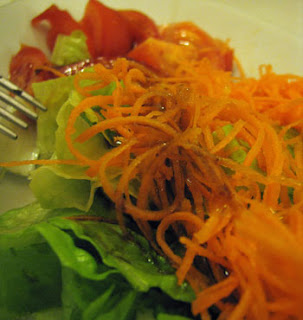 Nat went for a pizza, one of her own creations a bit (Bar Fizz has been very accommodating with our requests, even though they don’t speak much English and our Italian still leaves something to be desired): Quattro formaggio con cipolla (or four cheese with onion). I love that the Fizz puts gorgonzola on their Quattro formaggi. Nat’s addition is the onion and they loaded it up: 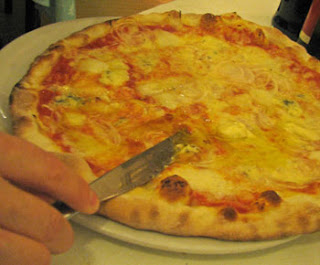 I had spaghetti pesto (which was the first dish I ever had at Bar Fizz, too), and it was delicious, with the pasta just rightly al dente and the pesto accenting the pasta, not overwhelming it: 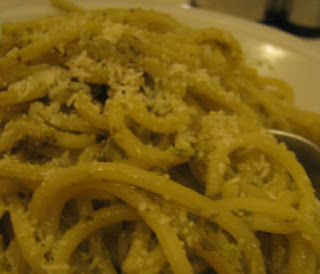 We’d eaten enough (too much, some might say) that there was only one real dessert choice: grappa. I’m not sure of the vintage, but wow, I need to ask cause it was grappa-tastic: 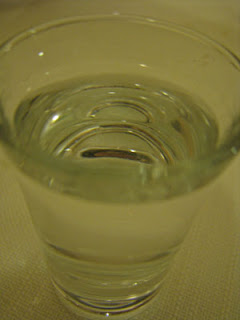 Bar Fizz, never close again (at least not until after next April), and thanks for being our local-est eatery.

*See all Italian restaurants
Posted by A.J. at 4:57 AM