As mentioned in the big Florence post below, we had dinner while with pals Angela and Bobby at Quattro Leoni, a nice little spot on the Oltrarno side of Florence. Funny enough, we had dinner here before with pals Jeremy and Megan, way back when in an earlier trip to Florence, and they went to school with Angela, which is how we know Angela. Isn’t that amazing? Our dinner was also amazing, as we started with a Vedure Grigliata e Burrata (or, grilled veggies and that creamy oozy in the middle, firm on the outside, ball of wonderfulness known as Burrata): 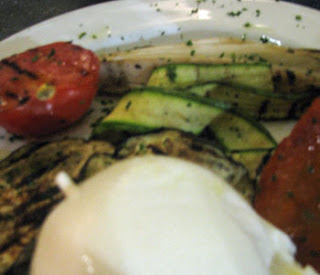 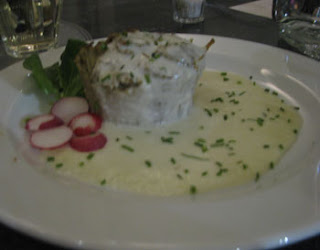 Then both Natalie and I had a Fiocchetti di Pera in Salsa di Taleggio e Asparagi (pears, asparagus, cheese sauce, pasta). Nat had this the first time we ate here, and it was amazing, flavorful, hint of sweet, and so good we ordered it again (this picture doesn't do it justice, much like the above don't do their subjects justice): 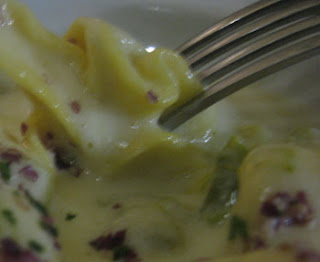 Now, cause I was just sipping wine and talking and sipping more wine, I didn’t right down the fancy names of Bobby and Angela’s dishes, but remember enough (and have better photos of their dishes anyway) to talk a touch about them. Angela had a pasta dishes full of fennel sausage that she couldn’t stop raving about: 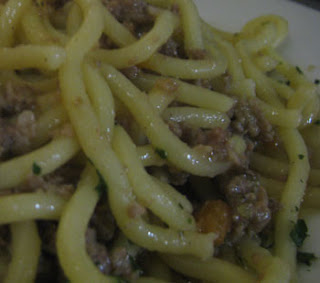 I think she said it was her favorite dish in the six months she’s been living in Italy (she has been known to gush though). Bobby started with a spicy tomato sauced pasta that he was nice enough to share with us (so I know it was good) and nice enough to top with a heaping helping of freshly grated parmesan: 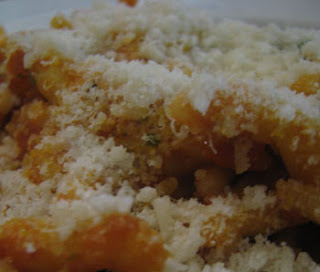 Since he has a healthy appetite (like all decent Midwesterners), he followed up the apps and pasta with a baccala (or salt cod), fried and topped with tomato sauce (I didn’t taste this dish of course, be he seemed awfully fond of it): 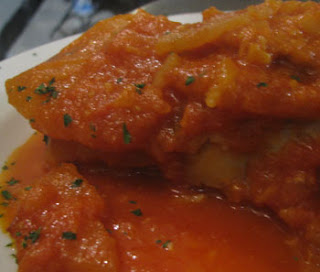 A dandy enough dinner that we may just stop at Quattro Leoni a third time, the next time we’re in Florence.