If you missed the TTITIM explanation (or, the Top Ten Italian Things I’ll Miss explanation), then head on down to the below Bar Pina post and catch up for gosh sakes. #9 in my list actually covers a whole host of “Things” in that #9 is all the wildlife living around our hillside house. And that’s saying quite a bit. See, in Seattle, though it’s a green city, it’s still a city, and so pretty rare we see any animals (outside of the tamed ones) when driving home, or walking in the yard, outside of the rare raccoon, and raccoons are really almost domesticated city creatures these days. It’s been wondrous to randomly be rounding a corner and see five or six of the local deer alongside the road, or four boar running next to the car (Cinghiale!). These have been a host of interesting critters here, and I’ve loved seeing them (of course, they all in some ways remind me of Sookie and Rory). The list includes the deer and boar mentioned, but also badger, porcupine, nutria, and smaller animals like hare, squirrels, and the world’s most new wave bird, the Hoopoe (by the way, I think that are pal Mark Butler should have a band called Mark Butler and the Hoopoes): 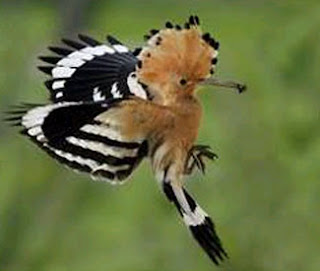 Sadly (or happily, in a way, cause it points the un-planned-for-ness of the animal sightings), we never, or rarely, have time to catch a snap of any of the above creatures (even that Hoopoo pic above isn’t by me). So, to stand in for the host of furred and feathered friends I’m going to miss once I go from country-boy to city-boy, here’s one of the local squirrels, who I think are a bit craftier than our Seattle squirrels (or at least the darker-hued squirrels here have a bit of a devilish look to them): 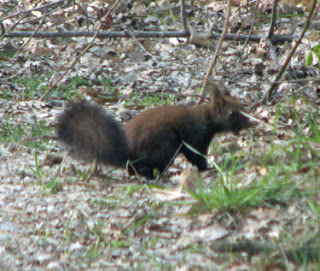