A Short Visit to Pretty Panicale

We headed out exploring the other day (the same day we saw the Trasmino vistas mentioned below) and ended up first at a hill town called Panicale. We didn’t know much about Panicale before heading there, except that it supposed to be a very attractive spot that’s been there since medieval times, and one that has held on to much of its medieval feel. That seemed like a worthy place to visit, and you know what, it was. Extremely pretty, the loveliness starts from when you see it driving up (sadly, no great picture was taken) and includes even the ivy-covered elegantly brick arches on the way into town: 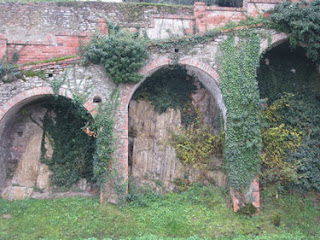 Unlike any Umbrian hill towns, that have their pretty centers but then include a newer sprawl, Panicale is mostly still what’s within the old town walls (with a little tasteful newer buildings on the outskirts, and a nice mountain-view park), starting with the Palazzo Pretorio, which is a mid-sized central square highlighted by the fountain built in 1473: 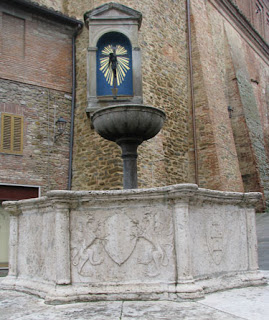 The whole town is a sort-of oval, with streets circling up and around and back in and occasionally under: 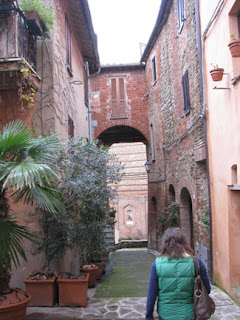 Even the sturdiest of towns needs help here and there though, so Nat pitched in and held up one wall: 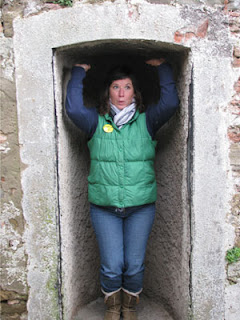 When wandering through Panicale, you come across amazing vistas, a few cute ristorantes (most sadly closed when we were there—November is when many restaurateurs take vacations), enchanting houses, and the Church of San Michele Arcangelo (dating back to the 10th to 11th century): 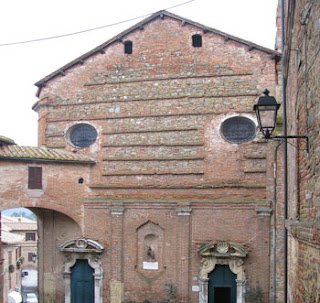 which houses some good frescos and other art (not photographable though), and a doorway that’s welcoming even though the sculptured ladies above it are chilly: 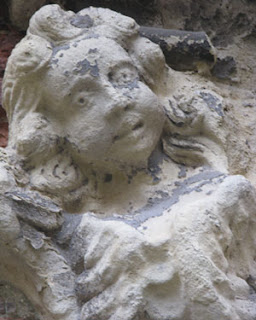 There were a few other churches to see, and a host of views over the valleys surrounding Panicale, but my favorite part of the town was the little Piazza Masolino, which was at the highest part of the town. Unavailable for cars, and home to a church-turned-museum, this little piazza has a number of small apartments facing in to it, all built within the old city walls. This picture is when walking out, so doesn’t do it justice: 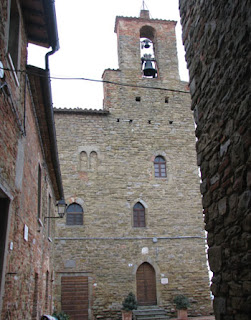 The Piazza Masolino to me is a wonderful example of Umbrian hill town life. If I was ever able to buy a spot in Italy and didn’t have dogs (a lot of if-ing I guess), it would be in a square like this, calm, historic, with just enough space to dream about the years that were there before you. Oh, of course, the fact that it has a view over lake Traismeno doesn’t stink, either: 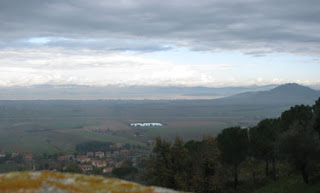